Last week saw several discussions on the media related to conditions in detention centres due to a leaked video and an accidental death during an escape attempt from the Hal Far detention centre.

The migration issue is a challenge around the world and in Malta. It is important to understand that people who are fleeing for their lives have a legal right to enter into a country through irregular channels for the purpose of seeking asylum. It is understood that sometimes the person would risk losing their life if they tried to secure the required documents before fleeing. Others are denied the possibility of legal and safe travel. A significant portion of people held in detention do eventually provide the necessary proof that they either have been personally persecuted or have escaped an active conflict. They have a right to be here.

Many of those residing in detention centres in Malta have passed through traumatic experiences that make them deserving of the highest level of care, some also having endured inhumane treatment because of their religion, gender, political beliefs, ethnicity or sexual orientation. Being subjected to further undignified conditions in detention may be beyond what they can cope with. The experiences of  desperation and helplessness that often accompany detention  have a major negative impact on mental health. Research shows that loss of control of what happens in one’s life has a huge impact on both  physical and mental health. The sense of being in control, and the desire for such control, are crucial and pervasive aspects of the human psyche.

The Malta Camber of Psychologists urges the government and civil society to ensure that the value given to human life and dignity is not lost when dealing with the challenge of migration. Detention centres must provide detainees with humane conditions, if they are to be used to contain people.

Whilst recognizing the disproportionate pressure that Malta has been experiencing from migration for a number of years, the Chamber calls on the authorities to put human rights at the centre of its responses to the migration issue and to ensure that some degree of dignity and  agency, essential to mental health is afforded these people. The goal of protecting our borders is a just one, but it does not give us a right to ignore anyone’s human rights. We must be consistently reminded of our legal and moral obligations.

We can and should do better. 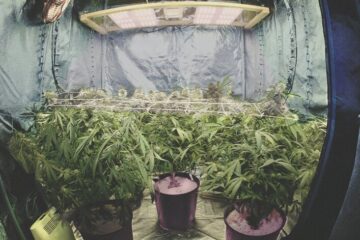 Introduction As a professional body representing psychologists with various perspectives  on the issue of decriminalization of cannabis, the Chamber refrains from taking a position for or against decriminalization. Therefore, this feedback focuses on highlighting concerns Read more…